Information for Reporting a Gas Leak

When dual-check valves and check valves are installed in water meters, they seal off the household plumbing system from the potable contaminated household water into the public supply. Because they do their job so well, these backflow devices can contribute to thermal expansion, which can cause serious problems.

In a typical domestic water supply system some water is used in the cold water service lines. Some water may be used in a secondary ‘closed’ piping system, sealed from the potable plumbing system, which connects to a hot water boiler. This piping system is usually filled up once and the water is used over and over, only as a medium to convey heat.

The largest use of potable water in the home is usually for hot water for bathing, washing and dish washing. Water in the domestic hot water system is heated by a water heater-gas, oil, electric, or indirect. The water heater, unlike the hot water boiler system, uses a continuous supply of fresh water.

As water is heated, or as the water heater “recovers” hot water is drawn at a rate dictated by the demand at the water-use fixtures. As hot water leaves the system through the faucets, shower heads, or appliances, fresh cold water from the city main is supplied to the heater where it is heated for continuing use. Typically, a water heater in a home will heat water two or three times a day.

When water is heated, it expands in volume as much as three to four percent depending upon the initial and final temperature. If there is no demand for hot water, the expanded volume of water has no place to go. Since water is virtually incompressible, the expanded water cannot be accommodated in the rigid piping system through which it travels, and it therefore can act like a hydraulic ram, exerting an increase in pressure to potentially dangerous levels.

In the days before backflow prevention, the expanded water did have a place to go. . . back into the city main, mixing with a massive amount of cold water volume where it was easily accommodated. Back in those days, domestic hot water systems were “open” systems, because they were “open” to the City main.

When a dual-check or check-valve is installed with or without a water meter, the backflow preventer becomes an effective ‘non-return’ barrier, making the system ‘closed’. Expanded water cannot find its way back to the city main, so in periods of water heater recovery when there is no hot water drawn, expanded water volume can create a pressure increase until the heater’s safety relief valve, usually set at 150 psi, pops and hot water drains through the relief valve drain.

The first indication of a thermal expansion problem is the phone call from a customer, angry that his water heater relief valve is continually spilling hot water. The possible liability facing the Water Authority, however, is far more serious than the customer angry about wasted water. What the customer, the Water Authority, and even many plumbers don’t realize is that long before the 150 psi relief valve pops, dangerous pressures are continually being exerted on the water heater, fittings, fixtures, appliances, and the piping system on a regular basis… two or three times a day.

In the ‘Good Old Days’, before the advent of cross-connection control, expanded water which exceeded the capacity of the water heater flowed back to the City main where it was easily dissipated. But today, with the backflow preventers, water meters with check valves, and/or pressure reducing valves without bypass being installed, expanded water from a water heater cannot return to the City supply. It is now a closed system, and the expanded water has no place to go.

Since water is not compressible, a rapid and dangerous pressure increase is created in the water heater and piping system-similar to a hydraulic ram. The setting on the safety relief valve is quickly reached and the relief valve opens, losing water from the water heater.

The safety valve may operate once or twice a day, which is not only wasteful, but is also dangerous. A T&P valve is designed as an emergency control only, not as an operating control, and this continuous operation may cause premature failure of the valve. What most people don’t realize is that dangerous conditions can exist during thermal expansion long before the relief valve operates. Internal pressures repeatedly occurring during recovery periods can collapse the center flue of a gas fired water heater, creating a hazardous presence of deadly carbon monoxide gas or even a water heater explosion.

The best solution to thermal expansion is to control the pressure it generates within a normal, safe operating range, well below the emergency setting of the relief valve. This can be accomplished by installing an expansion tank which will allow thermal expansion to occur, but without causing a dangerous increase in pressure.

The expansion tank contains a sealed-in compressible air cushion which will compress as thermal expansion occurs, providing a space to hold and store the additional expanded water volume. When hot water is used in the system, the pressurized air cushion forces hot water back into the system for use. . . not waste.

How dangerous? It has been documented that thermal expansion, unchecked and uncontrolled, can rupture piping and fittings, blow solenoid valves, o-ring seals, and float valves, and even dramatically reduce the life of the water heater itself. We have seen gas-fired water heaters taken out of service with collapsed center flues. Just think of the liability regarding carbon monoxide poisoning, homes fires started by flame roll out, or a disastrous water heater explosion.

Water heater manufacturers recognize the liability. Most major water heater manufacturers warn customers that if the heater is installed in a home protected with a backflow prevention device and with no provision for thermal expansion pressure control, dangerous pressure conditions will occur that could threaten life and property. In fact, one major manufacturer has advised that if installed in a home with backflow prevention and without approved thermal expansion pressure control, the expected life of its new water heater is only six to thirteen months and warranties on it are automatically null and void.

What is the solution to thermal expansion? If the Water Authority does nothing to allow for proper thermal expansion control, the homeowner or his uninformed service man, may proceed with his own solution. After replacing a constantly operating relief valve two or three times, mistakenly thinking that the relief valve is faulty, he may try the obvious solution — to plug the relief valve drain outlet, tie the lever down, or remove it completely. This is not a good solution and actually increases the problem. While he may have stopped the visible system malfunction (i.e., the dripping hot water), he has removed the only safety device he has, and his water heater has become a potential bomb in his basement or utility room.

Another ‘solution’ people might turn to is installing a second safety relief valve, piped to a permanent drain, set to relieve at a lower pressure level to protect the system from thermal expansion pressures. This, too, is not a good solution. That relief valve is a safety device, and ideally should never need to be operated. Common sense and water conservation dictate that proper thermal expansion control should not cause continuous loss of hot water. Imagine the impact of one to one and a half gallons of water loss every day in a municipal pipe line serving 200,000 homes.

The obvious solution to thermal expansion pressure is the way the plumbing and heating industry has been successfully operating hot water space heating systems for 100 years . . . with a pre-pressurized diaphragm tank.

A common design for a thermal expansion tank for a domestic hot water system incorporates a sealed-in air chamber, pre-pressurized to the supply pressure at the water heater and separated from system water by a flexing diaphragm, installed to prevent air absorption and loss into system water. The water side incorporates a separate, rigid polypropylene liner, bonded with the tank walls from corrosion due to aggressive water. Polypropylene liners have been used successfully in water system pressure tanks for 40 years.

The thermal expansion tank is installed on the supply line to the heater. Since it is pre-pressurized to supply pressure, no water can enter the tank. As water is heated, the expanded water is forced into the tank, flexing the diaphragm downward, compressing the sealed-in air cushion. As the air cushion compresses, its pressure rises. When hot water stored in the tank is returned to the system for use. No water is wasted and there is no wasted energy to heat it.

Knowing the ratio of air volume to pressure increase, the tank can be sized to limit the pressure increase to any desired safe limit. Once recovery is completed, the final pressure will be at a level well below the safety relief valve setting. For example, a 4-gallon thermal expansion tank with its standard pre-charge will safely handle thermal expansion in water heaters up to 120 gallons in volume, at 160 degrees F (71 degrees C) domestic water temperature, with up to 80 psi supply pressure.

The thermal expansion tank is a low-cost, simple-to-install control that provides a solution to thermal expansion problems, and it assures safe water service to homes equipped with backflow prevention devices.

All national cross-connection codes, including the Uniform Plumbing Code (1991 edition), now carry requirements for the provision of an approved thermal expansion control device.

All local water authorities and water supply companies charged with the responsibility of implementing and enforcing backflow prevention codes should see to it that local codes carry the wording of the model codes on mandatory requirements for thermal expansion prevention. This should be done for the protection of the water user’s life and property, and just as important, for elimination of the water supplier’s possible liability for damage from uncontrolled thermal expansion. 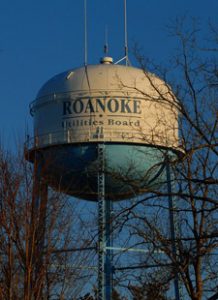